As a member of the Century College baseball team, you'll have the opportunity to participate in a complete, comprehensive, nationally-ranked baseball program, which includes an 18-20 game fall schedule, and a 56-game spring schedule.

A native of Burnsville, Minnesota, Josh was an All-Conference performer at Burnsville High School and went on to start for four years at the University of Minnesota-Duluth. Josh served as a volunteer assistant for the Bulldogs and Head Coach Bob Rients in the fall of 2011. From 2012-2014 Josh was the Graduate Assistant with the Minnesota State University-Mankato Mavericks, and then went on to be the assistant coach/Recruiting Coordinator at Indian Hills Community College in Centerville, IA for the 2014-2015 season overseeing both the offense and defense. Josh currently serves as an associate with the Prep Baseball Report Minnesota for the past four years working to help coordinate showcase events, and also works as the Varsity Coordinator and Head of Offensive Development at Starters Sports Training in Shakopee, MN. Josh lives in Savage, MN with his fiance Erin.

Threlkeld will take over a program that is currently 32-9 and has been to the NJCAA III World Series 4 of the past 6 years.

Now in his 9th season as the Head Coach at Century, and 22nd overall as head coach at 3 different NJCAA colleges, Kotila continues to build an impressive record of achievements. Not only did he help start a brand new baseball program at Century 8 years ago, guiding them to (4) NJCAA III World Series in its first 8 years as a program, he currently has a 679-242 overall win/loss record and is the only NJCAA baseball coach to have guided (3) separate NJCAA colleges to the World Series.  Kotila’s programs have made 11 appearances overall at the NJCAA DIII World Series while coaching at Riverland College (WS appearance in 1998), Ridgewater College (WS appearances in 2002; 2003; 2005 – National Runner up; 2006; 2007; 2008), and now Century College (WS appearances in 2013 – National Runner Up; 2015; 2016; 2017).

Kotila also has extensive International coaching experience with USA Athletes, guiding numerous USA baseball teams made up of college players in tournaments played in Australia, Aruba, and all over Europe.  Kotila also serves on the ABCA Executive Committee for NJCAA baseball.

On learning of his selection to the Hall of Fame, Kotila said, “This is a tremendous honor, one that I cannot even explain.  To be elected into a Hall of Fame shared by the greatest NJCAA baseball coaches in the country is a bit unreal at the moment. There are not many coaches that are chosen to be in this hall of fame, so to say I am extremely humbled is a major understatement.  This would have never been possible without the tremendous assistant coaches I have had, all the great players I have had the pleasure to coach over the years, and the college administrations I have worked for.”

Century College President Angelia Millender also added her congratulations. “On behalf of Century College, I would like to congratulate Dwight Kotila on being elected into the NJCAA Baseball Coaches Hall of Fame. His leadership, commitment to students and to excellence, have made our baseball program one of the best in the country among Division III two-year schools. With an emphasis on hard work and determination, Dwight Kotila prepares his players for success both on and off the field.  We are very proud of Dwight.  His legacy will live on at this great institution and in the community.”

This Hall of Fame announcement comes just prior to Kotila’s last season as a coach, as he announced he is stepping down from coaching at the end of the 2019 season to focus on his athletic director and teaching duties at Century College.  “There comes a point when its time to step away and let someone else take over, and I feel like that time is now,” stated Kotila.  “I have had a tremendous run coaching over the years, and the Hall of Fame announcement was a fantastic honor to receive as I head into my final season.”

Kotila will be formally inducted into the NJCAA Baseball Coaches Hall of Fame on May 24, 2019, in Grand Junction, Colorado prior to the 2019 NJCAA Division I World Series.

The NJCAA Baseball Coaches Hall of Fame was established in 1982, and currently has 121 coaches in it.

Dwight Kotila will be the first Minnesota NJCAA baseball coach to join the prestigious group.

The Century College baseball team is ranked #10 nationally in the 2019 NJCAA Baseball III preseason baseball poll released on January 22, 2019.  Century was also ranked #7 by Collegiate Baseball Magazine in their preseason poll.  Century has been to the NJCAA III World Series 4 times in the last 6 years, and finished the 2018 season as Region XIII Runner Up with a 34-12 overall record.

To see the complete NJCAA poll, follow this link:  http://njcaa.org/sports/bsb/2018-19/div3/polls

The Century College baseball team is ranked #7 nationally in the 2019 Collegiate Baseball Magazine preseason baseball poll released on December 19, 2018.  Century has been to the NJCAA III World Series 4 times in the last 6 years, and finished the 2018 season as Region XIII Runner Up with a 34-12 overall record.

Here is the link to the baseball poll:  http://baseballnews.com/njcaa-div-3-2019-pre-season-poll/

Century Baseball has 3 players named All American in 2018 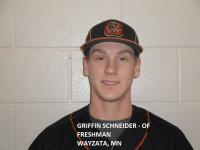 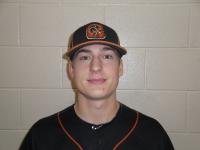 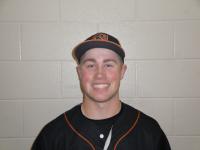 The Century College Baseball team had 4 players sign with NCAA colleges this week during the NCAA fall signing period, with 3 of the players signing with D1 colleges. Griffen Schneider signed with Wagner University in New York, while Ryan Hennen and Jack Voigt signed with North Carolina-Greensboro, who are all NCAA D1 Baseball programs. Drew Prange is going to Grand View University, one of the top NAIA colleges. The team will have more sophomores sign with schools this spring during the spring signing period.

This brings the total number of Century Baseball players signing with the NCAA D1 programs to 9 over the last 6 years. Overall, over 80 players have moved on to play at NCAA D1, D2, D3, and NAIA colleges over the past 7 years.

Congratulations Ryan Hennen, the 2017 Spalding NJCAA DIII Pitcher of the Year! Ryan helped the Century College Wood Ducks to a fourth-place finish at the NJCAA DIII World Series in his first season at Century. This is a tremendous honor for Ryan, our program, and our college! Full press release can be found here. 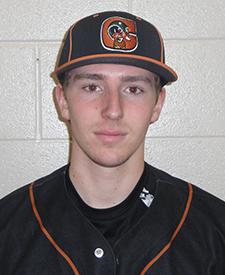 Century Baseball has 3 players named All American in 2017

The honored players are: