Breakfast Meeting with Legislators Headlined by Discussion on Access to Education 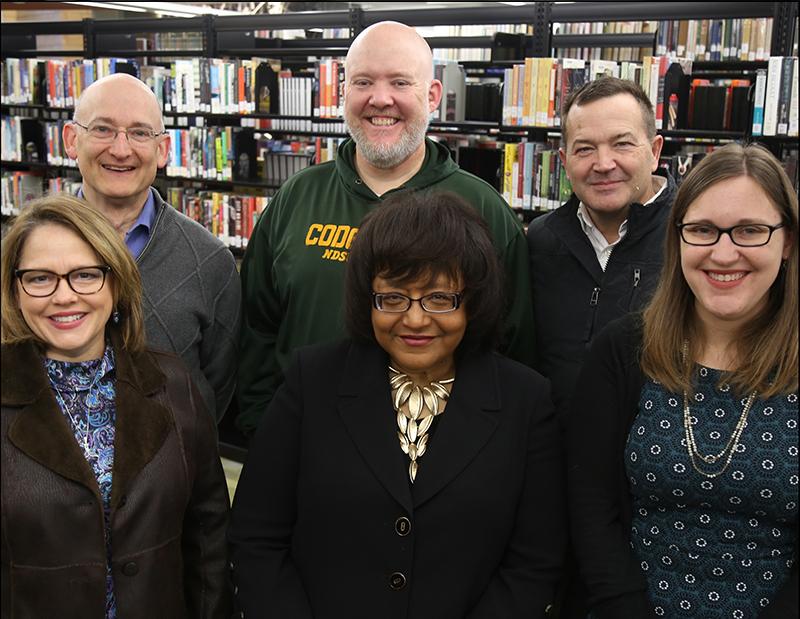 On December 5, Century College held a Legislative Breakfast for a select group of State Senators and Representatives. The breakfast, which President Millender called an “informal, but informational session,” included a tour of Century College’s Welding, Solar and Renewable Energy, and Orthotics and Prosthetic program facilities.

The legislators, representing districts within the Northeast Metro, are all staunch advocates for education, and important allies for Century College. The tour allowed the legislators to see the impact that their support over the years has made on the institution.

“We are fortunate to have Century College in our region,” said Representative Becker-Finn. “I was particularly impressed by the investment in training for renewable energy and in applied engineering fields where we need workers, such as welding.”

As legislators and a number of Century College employees stood in a circle, President Millender opened the meeting by stating the college’s value to the community. In particular, she emphasized Century College’s work increasing access to education.

“This wonderful learning environment provides access to education for all of our students,” said President Millender. “It is important that education is a bridge out of poverty and into family sustainability.”

A key purpose of the meeting was to ask the legislators for their help in reinforcing that bridge out of poverty. After the legislators introduced themselves, Century College librarians Jane Young and Randi Madisen made their pitch for Open Educational Resource funding.

“What’s happened in libraries in recent years has been so exciting. We feel like, at Century College, we’ve had the opportunity to be very much on the leading edge,” said Young. “Now we’re really excited about the future, which involves online teaching, open access to information, and affordable textbooks.”

The tour gave legislators a look at Century College’s Welding, Solar, and Orthotics and Prosthetics programs. Demand for workers in these fields is particularly high.

“It was a great tour,” said Representative Fischer. “I enjoyed seeing how the State Bonding dollars were able to provide space and resources for Century College’s Solar and Renewable Energy program.”

Solar and Renewable Energy Faculty Member Scott Randall was sure to thank the legislators for providing essential funding to the award-winning program.

It would appear that funding came at the perfect time; Randall noted that the solar industry is a growing rapidly, and is increasingly vital to the economy. The job rate grew 48 percent in 2017, and demand is set to skyrocket even higher in the years to come.

Likewise, these legislators know first-hand the impact Century College makes – and they know that it extends beyond the institution’s overall regional economic impact of $368.5 million. Its impact on the lives of the students who attend is just as important. Century College prides itself on giving individuals who have faced adversity, economic or otherwise, an opportunity to achieve a college education.

“That’s what makes a two-year public community college so valuable,” said Millender. “Open access is available to all students, and barriers to success are removed.”