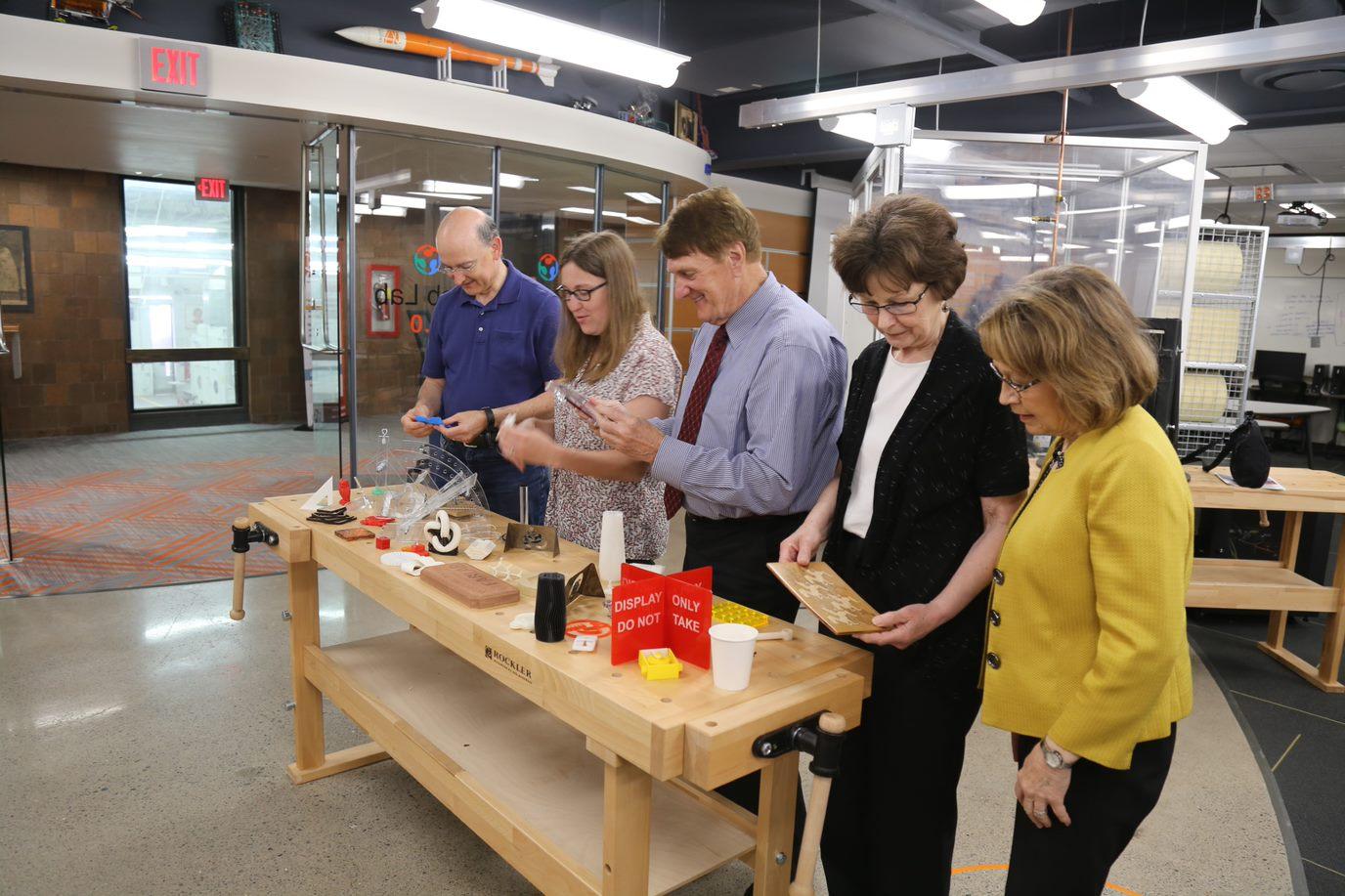 President Millender began the meeting by thanking the legislators for their support in passing a $6.4 million dollar bonding bill. The funds will be used to create an Engineering and Applied Technology Center, an expansion of the Fab Lab.

Working Together for the Future

“Century College is leading the way in solving many of our workforce problems,” said Senator Chamberlain. “Their focus on people first and creating value for individuals will enrich lives, families, and the community.”

To make a further impact, the continued investment and support of state legislators such as Senator Chamberlain is essential. That’s why Century College and legislators are making a concerted effort to work together.

One proposal was to create a committee of key stakeholders that would meet quarterly to implement a number of collaborative measures.

These measures include reaching out to area employers to learn more about current and prospective employee training needs, working with area high schools and trade unions to develop a plan to address the workforce skills gap, and providing recommendations to legislature on how to best make meaningful progress within the business community.

There was also discussion regarding the importance of bringing women and minorities into STEM programs, the workforce development scholarships presented by Century College, and how future investments in two-year colleges will benefit the community.

The Engineering and Applied Technology Center

A big investment in the future came in the form of $6.4 million dollars from the state to create an Engineering and Applied Technology Center at Century College. The multidisciplinary center will gather applied technology into a single area on campus, and will directly serve 450 students in a future applied engineering program and a variety of other STEM programs.

“This is a significant development. It’s going to position Century College to better prepare students to meet workforce needs in the region, especially in the medical manufacturing field,” said Scott Simenson, Director of the Fab Lab.

Beyond the Engineering and Applied Technology Center, the funds will also go toward constructing a learning commons for STEM programs, an upgrade of the welding laboratory, student support spaces, and an improved HVAC system which will provide greater energy efficiency.

Another objective of the coffee break was to educate the legislators on what Century College is currently doing to help business and industry. While the Fab Lab and its contribution to the manufacturing workforce was a popular topic, the meeting was also an opportunity to showcase achievements in other areas.

“The legislators were surprised to learn more about Century College and what we’ve accomplished,” said Nelson. “They were very pleased to hear the things we’re doing.”

“Century College is providing high-quality training for future employees, plus retraining opportunities,” said Senator Chuck Wiger. “This is a win-win-win for students, businesses and our area’s quality of life.”