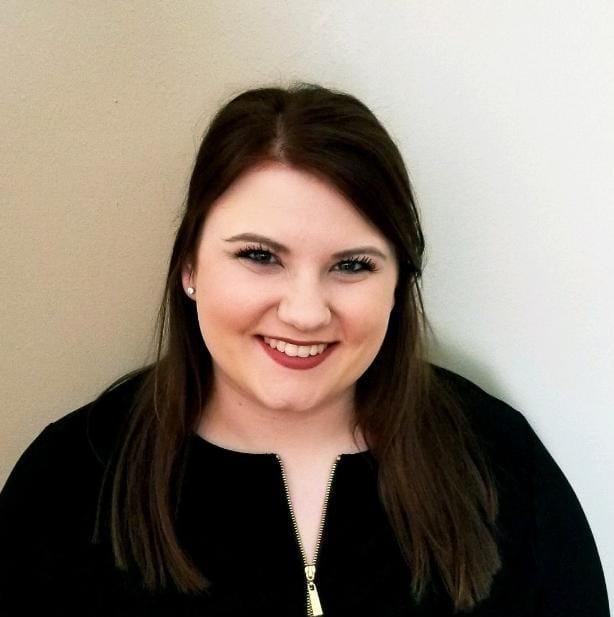 After working as a medical assistant after high school, Sara decided to further her education and pursue a Registered Nursing (RN) degree. When she was about halfway into the four-year degree program at her former college, she just kept hitting road blocks. Sara transferred to Century for a fresh start and to see if she could get into to the nursing program here, but despite earning a stellar score on the TEAS test, she wasn’t accepted to the program. She couldn’t help but think, “Something is wrong here.”

Frustration and disappointment set in, and at one point last summer, Sara’s mom noticed something and said, “You don’t seem like yourself. I really don’t think you’re happy pursuing nursing.” And Sara thought, “Thank God, somebody said it! I don’t have to say it, because somebody else sees it!”

What her mom said next really stuck with her: “Why don’t you do what you love?” Sara had always been interested in writing, and people enjoyed reading her writing (she has a personal blog she shares with family and friends). But after all this time and effort put into a nursing degree, she felt like she just couldn’t completely change her mind.

But her mom persisted. “Why not?”

Two semesters ago, while still chasing the RN degree, Sara took Ruth Wollersheim’s Composition I class and was told by Ruth that she had writing talent and should look into Century’s student newspaper, The Century Times. Over the summer she conversed with TCT staff, and mulled it over.

That summer, Sara took her mom’s advice and ended up officially switching her major to journalism. This fall she began writing for The Century Times, and she recalls thinking, “finally, I’m in the right place, I’m where I’m supposed to be – these people get me, I get them, it just felt right.” Soon, she was invited to become part of the paid staff, to which she replied, “Yes! I’ll get paid to do something I love!” and she quickly advanced from a staff writer to Managing Editor. Now, Sara coaches other student writers and organizes the TCT layout and story lines.

Sara originally decided to go to Century because it was the best option closest to home. But she stayed here through switching her major largely because of the support she received from caring faculty and TCT mentors Amy Fladeboe, Richard Kuss, and Beth Mayer. “They have been really good allies,” Sara says, encouraging and helping her realize her full potential, pushing her past the comfort zone of what she thought she could do.

Sara will really be pushing herself this summer, when she attends an intensive journalism program at CUNY in New York. The program accepts only 20 people worldwide, and Sara was shocked and thrilled to be chosen as one of them! The two month summer program will help Sara sharpen her journalistic skillset while collaborating with New York City newsrooms and media organizations.

Despite all the hubbub of sensationalist stories and fatigue with “fake news,” Sara thinks there could not be a better time to be a journalist. “The field is expanding and the boundaries are being pushed, whether for good or bad. It’s important to have educated, grounded, dedicated people trying to get the correct information out, and it’s really exciting to be able to bring people to the truth and let them make their own decisions,” she says.

There are a lot of opinions out there, and Sara stresses the importance of making sure the research she conducts for her articles comes from a credible source. When asked what her go-to sources are, she says “everywhere,” because verifying from a variety of sources is important, as is avoiding potential bias. One of the most important things Sara strives for in her writing is to take a neutral stance; not to push an agenda, or to persuade anyone to feel a certain way, just simply to educate and inform readers on important current events and social issues.

When asked, “What’s next?” Sara says she is finishing her AA degree at Century this semester, and transferring into a bachelor’s program in journalism. Her dream would be to stay in New York and work for The Washington Post or The New York Times, although she says a life of entertainment writing would be a fun alternative. Either way, Sara says, “Writing never feels like work. It’s a really nice feeling.”

Last summer, when Sara was still struggling to make a decision on which program to move forward with, she used her personal blog as a space to work through her thought process. She explored the turnaround from a stressful time in the nursing program where doors kept closing, to the idea of switching to journalism, where doors were just beginning to open. “It was like a sign from the universe, that I am supposed to be doing this,” she said.

When she was ready to share her the news of her exciting new direction, the response and support that Sara received from family and friends, especially notes of encouragement from people she hadn’t heard from in years, completely changed her life.

“After I shared my story I got a lot of emails from people, saying ‘I really wish I could do what you’re doing, I wish I could leave the job that I hate behind and pursue something that I love,’” she recalls. “And I said, ‘well, if I can do it, why can’t you? Do it! Just see what happens, what are you waiting for?’”