Lily Vang Finds Opportunity of a Lifetime with HealthPartners 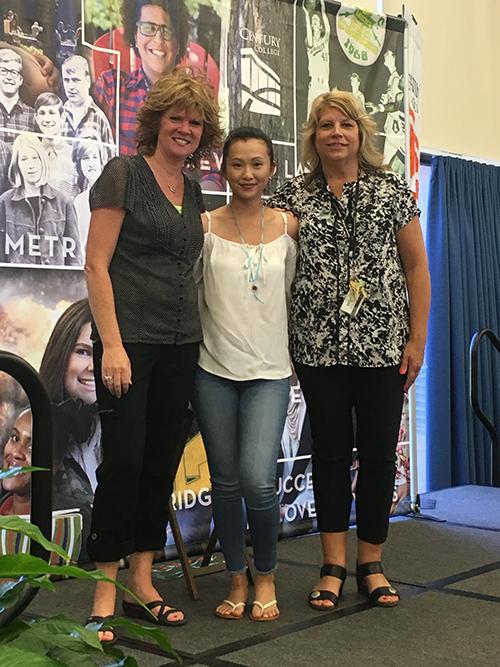 When Century College and HealthPartners created a paid apprenticeship program, it created the opportunity of a lifetime for student Lily Vang.

As a participant of the apprenticeship program, Vang’s college education – including books – was paid for by a full scholarship from HealthPartners. In exchange, Vang served as a paid apprentice, receiving $15 dollars per hour for her work.

“The apprenticeship gave me great hands-on experience,” said Vang. “I learned a lot from it.”

The program is designed to address the medical assistant shortage in the healthcare industry. While healthcare providers are already having difficulty filling available positions, the need for medical assistants is expected to grow rapidly in the coming years, due in large part to the aging baby-boomer population.

“This program is a complete win-win,” said Michelle Blesi, Director of the Medical Assistant program. “If we can get more of these apprenticeships going, it will be great for the community.”

Vang initially attended North Hennepin Community College as a Liberal Arts major. When her grandmother passed away, she dropped out to take a break from school.

Though Vang had always known she wanted to work in healthcare, caring for her grandmother during her last days inspired Vang to enter the medical assistant program at Century College.

Vang applied for a Certified Nursing Assistant (CNA) scholarship with HIRED, which she was awarded. However, before she even began her CNA program, Vang was presented by HIRED Project Manager Andrea Peterson with an even greater opportunity.

“Lily was a perfect candidate for the apprenticeship with HealthPartners,” said Peterson. “She is committed and motivated; she can really go far in the healthcare field.”

Vang split her time between her paid apprenticeship and the 300-hour unpaid internship required by the medical assistant program. She completed the requirement in seven-and-a-half weeks.

“It was a lot of early mornings and late nights, but I did it,” said Vang.

The apprenticeship allowed Vang to apply the skills she learned in class directly in a clinical setting. HealthPartners met with the Blesi and the department's Lab Assistant to align the internship with the curriculum.

For example, if injections were taught in class, Vang could then administer injections on-site once she was assessed and passed the requirements.

Vang started out in central supply and sterilization, learning the basics. Once she finished the prerequisites, she began shadowing in the family practice unit to help out with administrative and clinical duties.

“It was very helpful to practice what I was learning in class in a real clinic,” said Vang. “I felt like I had an upper-hand over my classmates.”

HealthPartners valued Vang’s work so much, that they extended the apprenticeship once it was complete. Vang hopes that she can eventually work full-time for HealthPartners, though they currently don’t have any job openings.

The opportunity to work for HealthPartners is worth the wait for Vang.

“You know you’re at a great place to work if you can’t find any openings anywhere,” said Vang.

A Lesson in Perseverance

With her grandmother’s passing, a 300-hour internship, and a 30-minute commute, Vang had to endure many challenges both big and small to get to where she is today.

“It says a lot about her perseverance, about her ability to overcome obstacles and still stay strong and stay on her path,” said Blesi. “The commute alone is enough for some to say, ‘forget it.’”

Century College holds Medical Assistance students to a particularly high standard, evident by the program’s #1 ranking in the United States by topmedicalassistantprograms.com.

“Nobody in class was fooling around. Everyone was taking it seriously, and everyone was helpful to each other,” said Vang.