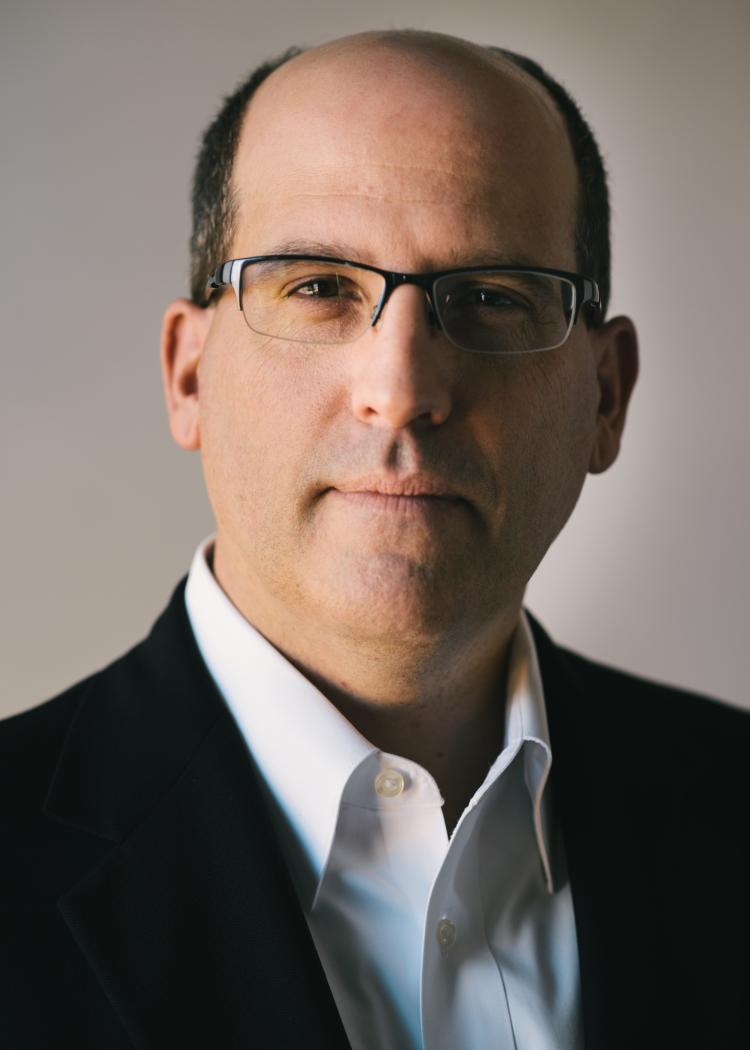 Joe McKenzie came back to campus to talk about his experience as a Century College student on one of the coldest days of winter, after feeding his daughter’s backyard chickens. “I’m the last one to leave the house in the morning, so I’m the one left feeding the chickens,” he said. After warming up a bit over coffee, Joe launched into his Century College story.

Joe started at Century College in 1985. He is the seventh of eight children, and every one of his older brothers and sisters had a degree or a career in mind upon entering college, but not Joe. He was the first of his family to enroll as an “undecided” student, and the experience left him feeling uneasy, at first. However, thanks to some outstanding instructors at Century, Joe found confidence and gained valuable skills that he still uses to this day as an entrepreneur.

There was Bud Nakasone, a beloved History teacher who lived through, and later taught, WWII History. Mr. Nakasone instilled in Joe a passion for learning from the first-hand accounts of others, often found outside of the classroom. Members of the class would attend lectures at Coffman Memorial Union on recommendation from Nakasone, who would meet them there. “It’s important to get outside of the book,” Joe says. Nakasone’s thirst for knowledge, paired with the critical thinking skills learned from another History instructor, Nicholas Cords, are still fresh in Joe’s mind years later. “I never did find that same level of passion from teachers outside of Century,” he adds.

Then there was Chuck Dick, a geography instructor who “brought the curiosity of the world to us,” Joe recalls, and who also inspired Joe to ultimately pursue a degree in Geography. “The plan was to become a high school social studies teacher,” Joe says, and he did go on to earn a Bachelor’s in Geography from the University of Minnesota.

But perhaps his most influential instructor was Gerry Perrin, who taught speech. Gerry taught actionable methods for talking authentically that Joe still uses today, as both a mentor for career transition at his company, Ripple Connects, and as co-host on New Beginnings, a local radio program on AM590 that focuses on employment, finance, and other topics specific to America’s Baby Boomer generation.  “Gerry taught us to think critically and to find something compelling to the audience,” Joe says. He credits his early successes in Perrin’s classes as leading to his successful mid-life career reinvention, and the launch of his own company. “I found my voice in her class,” Joe states. “I thought, if Century could help me find my voice, I could teach others. Everybody I work with, [at Ripple Connects] I help them find their voice.”

Ten years ago, Joe was facing a career crossroads. He spent over a decade building a successful career as a sales professional, but situations beyond his control spurred a shift toward the realm of marketing. Using skills he learned at Century, Joe was able to realize and articulate his transferable skills, and leverage his existing business networks to not only get hired in a field he did not have a degree in, but to find and deploy resources that ultimately brought him great success.

Joe’s success transcended the workplace. During his time at Highgrove Community Federal Credit Union, he learned to live and breathe life in St. Paul’s West 7th neighborhood. Joe’s networking skills led him to become a board member, and later President, of the West 7th Business Association. Joe needed to learn how to run board meetings, how to hear and address area business leaders’ concerns, ultimately helping business owners find their own voices, too. Joe’s confidence in thinking critically, speaking up, and challenging the status quo grew. He realized he had a talent for helping others find their voice, and translated that talent into an entrepreneurship opportunity.

Now, Joe helps others find their voice every day, both on the air and off. On the weekly New Beginnings AM950 program, Joe coaches listeners to use their natural networks to connect with people and make things happen. Joe also has a five minute spot on KMOJ, where he reveals employment-related tips, like overlooked job resources on LinkedIn. Though Joe speaks to an audience he’ll likely never meet in person, he knows he’s helping listeners find their voices as well. He thanks his mentor, Freddie Bell, award-winning broadcast journalist and speaker, for prompting Joe to raise his game since the beginning of their collaboration in 2014. “Freddie is the ultimate professional”, Joe says. “He told me I had the chops to become a recurring guest on a nationally syndicated radio program. He told me, ‘Don’t be afraid to be yourself.’ Freddie is an extension of what Gerry Perrin taught me.”

Joe recently helped a young man on the autism spectrum find the perfect career. This graduate of a local private university was working as a McDonald’s shift lead, and he loved it. His parents couldn’t understand why their son, an incredibly gifted English major, was content to work in the fast food industry. After meeting with Joe, they discovered the elements of the job that he thrived on – teamwork, order, attention to detail, standing, and movement. He would never be satisfied with a desk job.

After months of career exploration, they had a breakthrough – they attended a career fair for a Radiological Technician program, and they knew it was the right fit. The young man is now enrolled in a Minneapolis-based Rad Tech program, on path to begin a new career in an environment where his preferences and skills will translate perfectly.

Joe finds great satisfaction in seeing how his mentoring impacts the lives of his clients, helping them move to a position where they can thrive. One day he hopes to travel more, holding more workshops with organizations on active listening, civil discourse and professional networking. He also has a long term goal of creating a weekly community radio program – loosely built around the idea of coffee conversations, or roundtables of guests thinking critically and discussing ways to amplify relationships to improve lives in various ways. But for now, this father of teenage triplets is enjoying staying local.