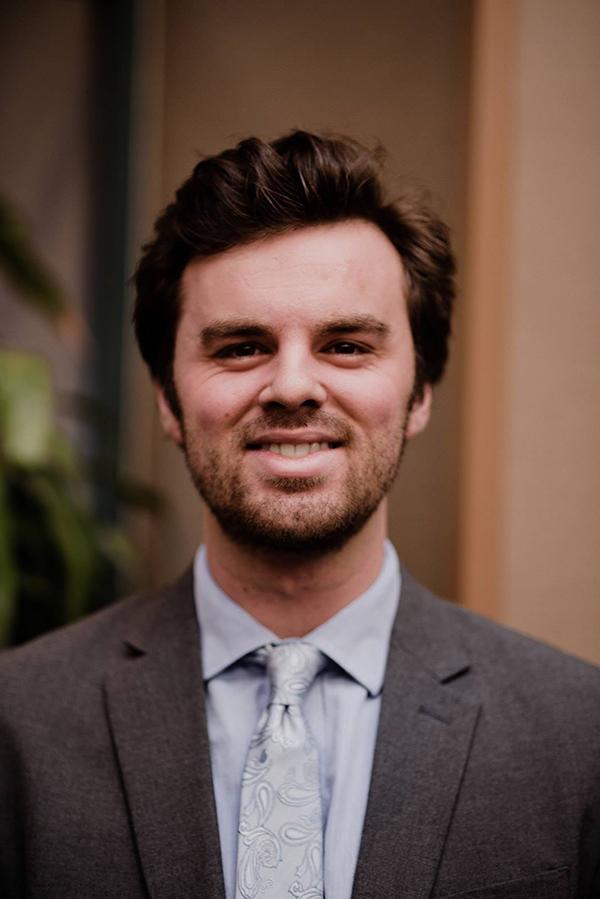 Arthur Seeb came to Century College in a roundabout way.  After finishing the first semester of his freshman year at University of Nebraska, Lincoln, he returned to Minnesota, following a sports injury.  (He had a broken wrist that wasn't healing properly.)

At the time, it made sense to come back home and work on his health, while moving ahead with his college career.  (Additionally, his mom is a nurse, and could monitor his healing process.)

Originally from Stillwater, Arthur enjoyed his new educational environment at Century College.  "I was able to get into the zone way quicker at Century," Arthur remembers, "I had less distractions and I was able to focus--and that helped helped shape my work ethic."

While attending Century, Arthur also worked full time at Oak Glen golf course in Stillwater, another environment he thoroughly enjoyed, and felt at home in. He was an athlete in junior high and high school, running cross country and playing baseball.  (He was the Captain of his baseball team in his senior year.)

He wanted to make sure that he had no loans, and could graduate from Century College debt-free, before transferring back to Lincoln to finish his four-year degree.  "Century's affordable classes made it possible for me to achieve my financial goals," Arthur notes.

Taking Advantage of Opportunities and Learning

While at Century, Arthur joined Phi Theta Kappa, the international student academic honor society.  "It's a cool organization, and I loved all the meetings," Arthur says. "It's important to put yourself in the right position to be successful.  Every experience is a stepping stone to another new opportunity."  Arthur took General Studies classes at Century, and particularly enjoyed his Political Science classes, graduating with an AA degree.

When he returned to Lincoln, he majored in Finance, and took on new opportunities, including a semester study`abroad program at Romania's University of Iasi,  He immersed himself in his Finance, Marketing, Economics and Political Science classes, and made friends with fellow students from around the world.

He was the only American (and only English speaker) at the University, which expanded his experiences and worldview.  "I was delighted and amazed by all the people I met and the knowledge I gained in Eastern Europe," Arthur says. "And my experiences at Century helped set me up--not just for my successful  return to Lincoln, but also with my willingness to take on new experiences in Romania."

Arthur graduated from University of Nebraska, Lincoln this spring with a degree in Finance, and he also completed an internship at Nelnet,  a student loan service provider.  He's accepted a position as Poolside Service Manager with Firethorn Golf Club. An extrovert who loves working with a wide variety of people, Arthur is optimistic about his future opportunities in the hospitality industry.  "Improving the products we already have, and serving our clientele is exciting for me," he says. "I'm also enjoying training our employees."

"I had a well-rounded education at Century College, and that was the foundation for my success here in Nebraska, "Arthur notes. "My time at the College helped define me, and having Century College on my resume is something that makes me proud. I would like to remove the stigma about going to community college."