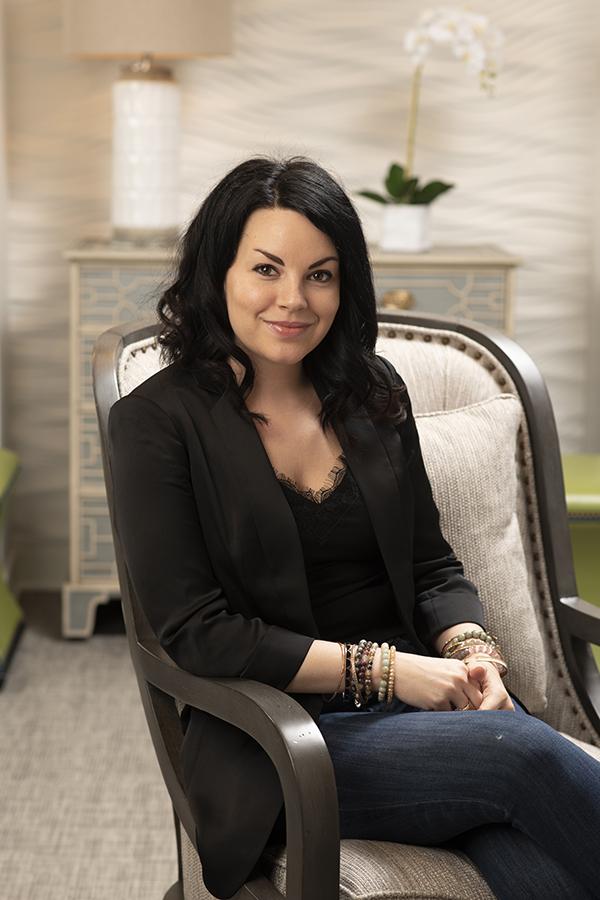 When Ashley Lundgren was looking for a new direction in her education, her mother suggested that she try Century College.  Her mother and siblings had taken classes at the College, so Ashley knew it would be a good choice.  A major in Interior Design turned out to be the perfect decision for her.

Always creative, Ashley has enjoyed rearranging rooms and furniture since her childhood days.  She didn't realize that she could have a career doing exactly that, and much more. “I love changing things up, being creative, making things new and fresh,” Ashley says.

She wanted to get into the field right away, and she knew that her focus would be on residential, not commercial, design.  Century College's two-year program had appealed to her as well, and she completed the program in that timeframe, while working part-time, and graduating debt-free.  "Century College is really reasonable, compared to anywhere else," She notes.

"The Interior Design faculty are amazing  I loved all of them," Ashley remembers."They have a wealth of knowledge, plus some of them also design for clients.  They know the importance of teaching the skills that students will need in the business world, such as selling skills."

One of Ashley's best student experiences while at Century involved volunteering for Bridging, a Minnesota charity which helps people in their transition out of homelessness.  She worked with people who had lost their homes and belongings in fires.  She helped them start over, finding everything from furniture to kitchenware.  "They were so appreciative, having a professional designer help them," Ashley notes. "And it was a great way to serve others, using my design skills."

Despite graduating during the recession of 2009, Ashley was able to find a job within a month.  She had completed an internship at International Market Square, and made many professional connections to other designers and studios.  She was offered a job at another showroom that was hiring, enabling her to live at home, work part-time, and gradually transition to full-time work.  Three years later, she was hired by Tapis Decor.  After seven years experience at there, she was recruited by Studio M Interiors, where she works as a retail buyer and visual merchandiser, and also goes to clients' homes and styles them.

“I loved the Century College Interior Design program," Ashley says, "I met my favorite people there, and one of the things I loved most was the diversity, especially in terms of age ranges. You had people just out of high school and people going back to change careers.  I loved that mix.”

In the future, Ashley would eventually like to transition into having her own business.  "The beauty of the Interior Design degree is that there are so many avenues you can go down, and you have so many career options. Century College has set me up for a good future."