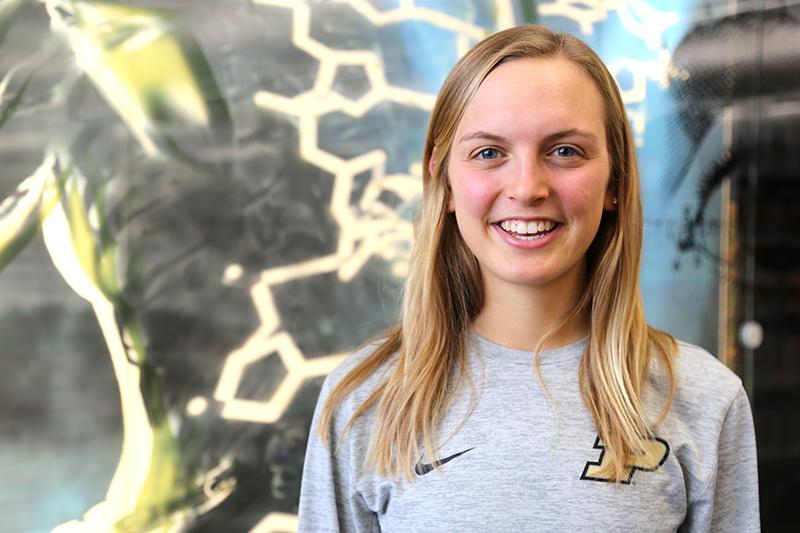 "Century College has had a huge impact on my life in so many ways, and I often tell people that doing PSEO was the best decision of my life thus far. I was able to get ahead on my coursework and am graduating this year, after 3 years total, from Purdue University while competing in track and field and cross country," Emma says.

"I had  heard that other PSEO students had had a great experience at Century College," Emma remembers. "When I attended the informational meeting about PSEO, I was certain that I had made the right decision because Century College staff were so helpful in checking that all my classes would transfer to a four-year college, and they also offered great classes."

Additionally, Emma felt more prepared for her freshman year at Purdue.  "The transition was easier," Emma reflected. Her PSEO coursework included biology, statistics, English and Spanish.  In her Spanish classes, she was immersed in culture and language, with other students whose first language wasn't English.  "Hearing different stories and meeting people from diverse backgrounds opened my eyes to the community college experience, and it was great," she notes.

Emma was a tutor for Century College as well, and that experience helped her to get other tutoring jobs. "I met such influential people through tutoring and learned a lot about the value of education. Century College set me up for so much success,"  Emma says.  "I just loved Century College--it was one of  the best years I've had--and I continued with track and field on my high school team, and I won State that year and was also fourth in the nation--it was a great track season for me."

After earning her degree in Kinesiology, Emma will attend graduate school, with plans to become a Division I Coach in Track & Field and Cross-Country.