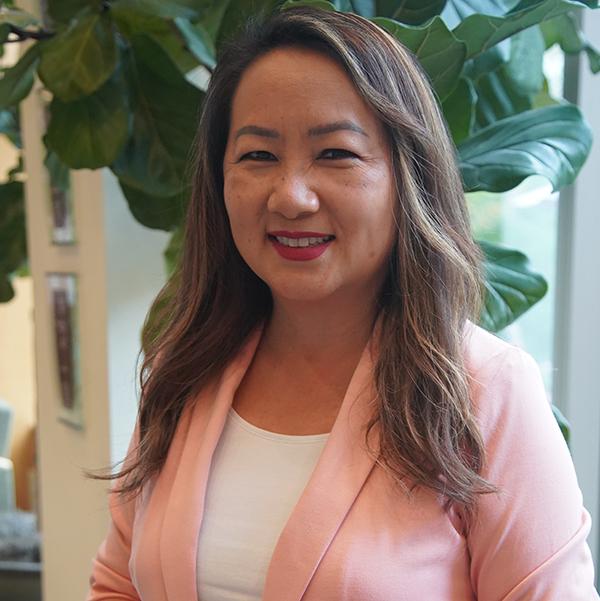 “Century College opened up my whole life – so many doors opened!  Century took me in and gave me the opportunity,” Nursing alum Foua Vang enthuses.  “I was a stay-at-home mom for 12 years.  They gave me a chance and I ran with it.  I’m really appreciative!”

Born in Laos, Foua and her family emigrated to a Thai refugee camp when she was three, and arrived in the United States when she was five. One of ten children, Foua was also the first daughter in her family to attend college.  She stopped out after marrying and starting her own family.

The Importance of Education

Her parents and husband were always supportive, especially her mother, who didn’t have the opportunity to get an education back in Laos. “My mother never went to school in the Old Country,” Foua notes. “And one of her dreams was for her daughters to have an education.  She couldn’t read or write or drive.”

When Foua came to America, she picked up English so quickly, she soon became the family translator. For many years, she took her mom, dad, and uncles to their doctor appointments.

She also accompanied other women to their OBGYN appointments, and she would explain what the doctors were doing, and why they were examining them the way they did.  Medicine began to intrigue her.

When Foua was ready to return to school, she was torn between choosing Nursing and Pharmacy, so she consulted with her friend Shoua (her husband’s cousin's wife), a Century College nursing graduate. She decided on Nursing and chose Century because it was affordable and close to home.

In 2007, when she graduated from Century College with her AA degree, Foua was thinking of taking a break. She was juggling school with raising her children (four girls and a boy); however, her husband encouraged her to continue on.

Foua was one of the first cohorts of Century Students to transfer to Metro State to finish her BSN. “I thank Century for that opportunity, for I would have taken the time off,” Foua says.

A Passion for Nursing and Sharing Vital Health Information

She started her nursing career at M Health Fairview - Southdale hospital on Station 88, and got into Med/Surg oncology hospice care.  Three years later, she returned to M Health Fairview - St. John’s (P2, Med/Surg Oncology Unit, Telemetry and Bariatrics), where she did her clinicals as a Century nursing student, coming full circle. As the Lead Preceptor of the unit, she onboards new hires, is in charge of training schedules, and serves on numerous committees.

“I feel at home here. Century College Nursing instructor Rose Raleigh first took me to St. John’s,” Foua remembers. “Now, when I see Century Nursing students come to my unit, some are scared. I tell them, 'I used to be you.  Century College invested in me the way Century College is investing in you.'”

Foua is a familiar face among her Hmong patients, and her fluency in both English and Hmong is a comfort to them.  In addition, Foua is the host of the "Foua Vang Show" on 3HmongTV, a community news outlet. let host on Twin Cities Hmong TV, where she interviews doctors on health issues, such as Covid-19 and vaccinations in the Hmong population, and other prominent guests.  One of her objectives is to help educate the Hmong community. “There was so much misinformation, especially during the beginning of the pandemic,” Foua notes.

In 2018, Foua co-founded the Hmong Nurses Association with a few of her colleagues in California and Wisconsin. ”There was a Hmong Nurses Facebook group, and yet, there was not a lot of support when we were in Nursing school,” Foua remembers.  “We wanted nurses who were mentors.  We established the HNA to help, unite, and empower our Hmong nurses.  We want to share information on how to be better nurses.”

The group recently held their first national 2-day conference at the University of St. Thomas, offering 14 CEUS to attendees from across the United States.   Among the topics covered was the importance of accepting hospice care in a traditional community, where death is not generally discussed.  “We had doctors come talk about why it’s okay to sign elders onto hospice when needed.  The Hmong culture is a patriarchy, and sons typically take care of elders, so this is a new practice,” Foua explains. “In hospice, Hmong elders will find comfort and the expertise that they need.”

Foua loves promoting wellness and health.  Getting into teaching is a natural career transition, and Foua would one day love to return to Century College as a teacher.

She is working on her Masters at St. Kates in Nursing Education, and hopes to help educate the next generation of nurses, especially with cultural competency and nursing excellence.  Foua views herself as a big sister and mentor to new nurses, regardless of background.

Of her four daughters, three are registered nurses.  Her daughter Lily followed in her footsteps by attending Century and transferring to Metro State.  Lily has been in nursing 5-6 years; Foua’s second daughter is cardiac nurse in Colorado, and another daughter just graduated from Northwestern. She will be working in the Post-partum department.

“There are no limits to what you can do and be.  I’m happy I live in America, where you can chase after your dreams and have equal opportunity.  I always try to show up as my best self, and make an intentional impact.

“Nursing is so rewarding!”