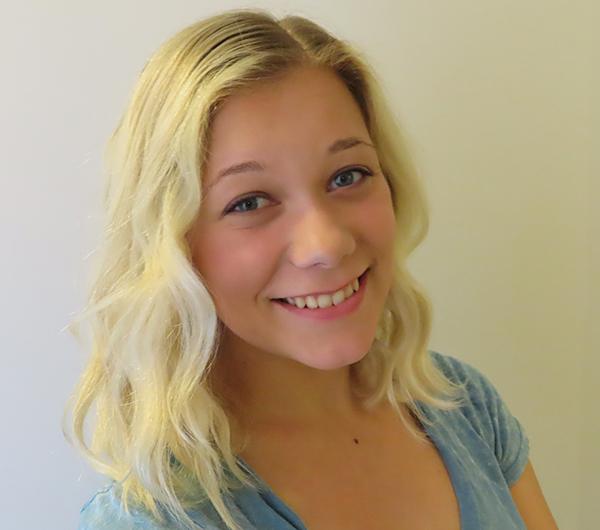 Alum Georgia Reding has always loved theatre.  She's been involved in community theatre productions throughout middle and high school,  so it was natural that she came to Century College to pursue her studies and continue her acting career.  "I loved the AFA transfer pathway—seemed like a cool option," Georgia says.

"One of my favorite shows was 'A Streetcar Named Desire'.  It was my first show since high school, and the topics were very heavy, very mature and real life.  I played Stella, and it was such a great experience.  Everyone was very professional," Georgia remembers, "And 'Bluefish' was my second play, in an all-female cast, and it was so much fun.  Again, everyone was so professional.  'Putnam' was my first musical--another fun experience--and everyone improved so much through the performances.  Everyone wanted to be there and put in the hard work."

"All the theatre staff are experts in their field," Georgia notes. "Music faculty Shirley Mier's knowledge of music is amazing, and Production Manager Will Slayden knows so much about set design."

"Additionally, I learned so much about acting techniques from Paul Aberasturi's classes. He taught me about the 'magic if' technique. It has to do with finding myself in the characters I'm portraying, and putting myself in those circumstances rather than trying to 'act' like the character. That technique has really changed the way I approach roles, and has helped me move my own performances forward with more realism and believability."

Georgia offers the following advice for new Theatre students, "Audition for as many plays as you can.  It’s intimidating, but everyone at Century wants you to succeed, so just go for it!  Besides, Paul and the whole team puts wonderful spins on things with shows.  For example, he double-cast 'A Streetcar Named Desire' and that allowed for a lot of flexibility in casting.  And be sure to get to know Will and Paul.  They know so much about the industry, and they'll do anything to help you."

This spring, Georgia graduated, and she plans to take a year off to focus on building up her acting resume, focusing on auditions in theatre, film and screen acting before she continues with her BA. "Thanks to Century College, I've had a good education and experience in several plays.  Everyone there supports you and wants you to succeed.  I'm ready for the next step in my career."