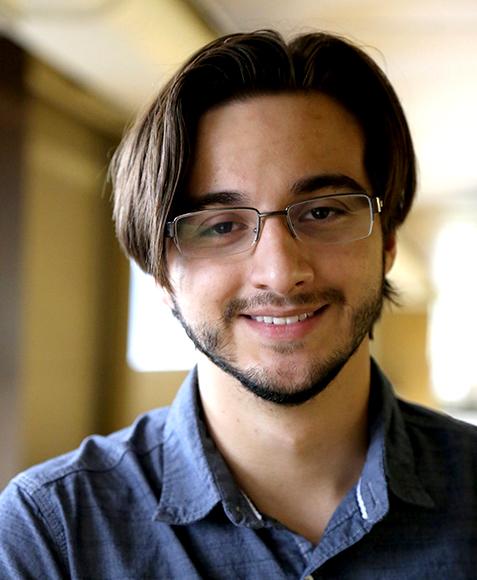 When alum Joel Currence was looking for a school which offered an Advanced and Digital Manufacturing (ADM) degree, he chose Century College because it was affordable.  "You get a good education, and good work experience before you get into the field, and you're not paying triple the cost," he says.

Small Class Sizes and Preparation for the Workforce

Century's small class sizes were another appealing factor for Joel.  He excels in professional work environments, and he knew that he wanted to go into the workforce sooner, rather than later, and not spend time in classrooms filled with 500 students.

Along with his coursework,  Joel did two internships, one for a medical device company, and the other for a manufacturing firm. Both opportunities gave him the experience he needed to enter the workforce quickly.  "Century College has been a welcoming environment, and it has been comfortable for me to go from student life to full-time employment in an affordable and helpful way," he notes.

Joel is a Chemical Process Technician at Resolution Medical.  "I enjoyed the hands-on experiences I had within the ADM program. Learning the technology and using it in ways that were unique to me was refreshing and kept me engaged with the material. I wasn't just learning for a grade, I was learning because I wanted to do more with the lessons I had learned before. I became invested in the success of my ideas."

He adds, "Since I've been hired at Resolution Medical, we have grown the 3D Printing department by 100% and have six Carbon printers running around the clock. We are consistently finding new ways to make the area more profitable and I genuinely feel like I am contributing to the company thanks to the skills I learned at Century."

Additionally, Joel feels that Century College led him to become more independent in how he handles challenges.  "The College's project-based approach puts students in the position where they have the support they need to succeed, and it drives them to learn skills for themselves. The ADM program in particular is excellent in this regard since there isn't a singular "right" answer to a problem. You get to be creative and use the skills you've learned to tackle each problem in your own unique way, and this mindset is beneficial in the workplace," says Joel.

In the future, Joel would like to work for a start-up business venture.  For the time being, he's in the perfect place at the right time.  He loves working in a rapidly-developing field and getting to be part of a company and a process where he's playing a role in developing new businesses.  And, if he chooses to go to a four-year university at some point, he'll be able to build on the knowledge and experience he's already acquired.

"My time at Century College helped give me the confidence in my own ideas, and gave me the experience to know how to execute them in my career."