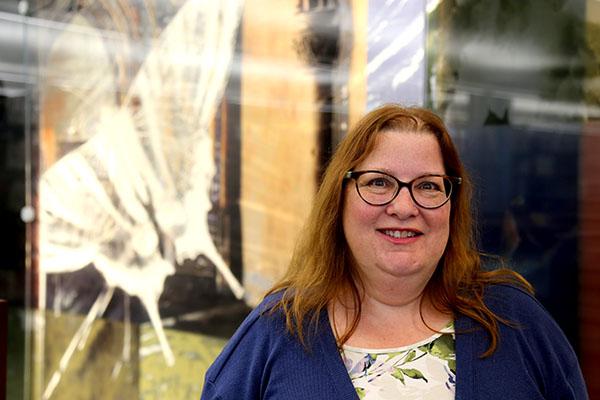 "I was in my middle 40s and hadn't had the opportunity to go to college. I loved the class so much that I decided to apply as a degree-seeking student," Julie remembers. "My second was a philosophy class taught by Steve Odmark and I was totally hooked. At that point, I was taking one class per semester and realized it was going to take forever to have enough credits for a bachelor’s degree. I started taking two classes a semester and was awarded my associates degree."

Money was tight, and a $1,500 scholarship award from the Century College Foundation also made a huge difference in Julie's life, ensuring that she was able to stay in school.

"Century College was the catalyst for many changes in my life. I found out how much I loved to learn. I went from being very quiet in the classroom to finding my voice. My classes at Century helped me become a better, more well-rounded student, to gain critical thinking skills and in essence, to learn about the joy of learning. It is not an exaggeration to say that going to Century College changed my life."

Julie transferred to Metropolitan State University, earning a bachelor’s in business administration. She then applied to the Masters of Liberal Studies program at Metropolitan State University. Her classes and studies culminated in her capstone paper "Female Genital Mutilation: A Cultural Divide". Her interest in the topic led to a meeting at the United Nations with journalists from the London Guardian newspaper, politicians, activists, and others who were writing and speaking out about the issue.

"I owe the desire to further my education to my experience at Century College and am grateful for the chance I received there. The education I received provided a solid base of knowledge that led me to pursue, and earn, two master's degrees," Julie adds. "And, I was recently accepted into the Ph.D. program at Hamline University. I feel I've come a long way -- and that none of this would have happened were it not for Century College."

Find out more about: