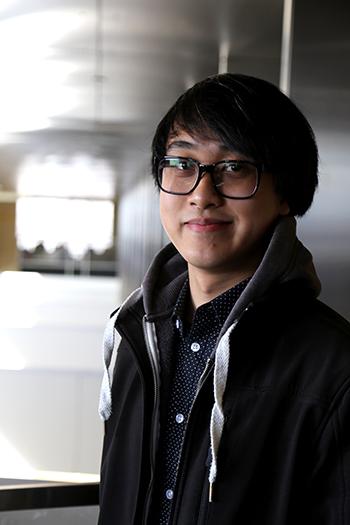 When Century College alum Lee Yang was considering college, he was working nearly full time, and knew that he wanted to pay off his student loans quickly.   "I chose to enroll at Century College because it was affordable and flexible with my schedule," Lee recalled. "And I was also interested in the variety of classes and extracurricular activities that they offered."

In spite of a busy work and class schedule, Lee co-founded the Anime Club while at Century. "In the Anime Club, I worked with a dedicated team that hosted one of the largest clubs on campus, and that also shared an appreciation for Japanese pop culture." Lee said. "I had so much fun going to school and building relationships with fellow students."

Juggling work, school, and campus life had other benefits for Lee as well. "The education and experience that I gained at Century College helped me to become more organized in both my studies and my work." Lee stated.

His work ethic was what impressed his instructor, Melissa Borman, Century College Art faculty, "Lee was an especially hard working and thoughtful student. He was dedicated to his work and would often go above and beyond assignment requirements.  He was always curious and willing to take chances in his work, which inspired his classmates to do the same."