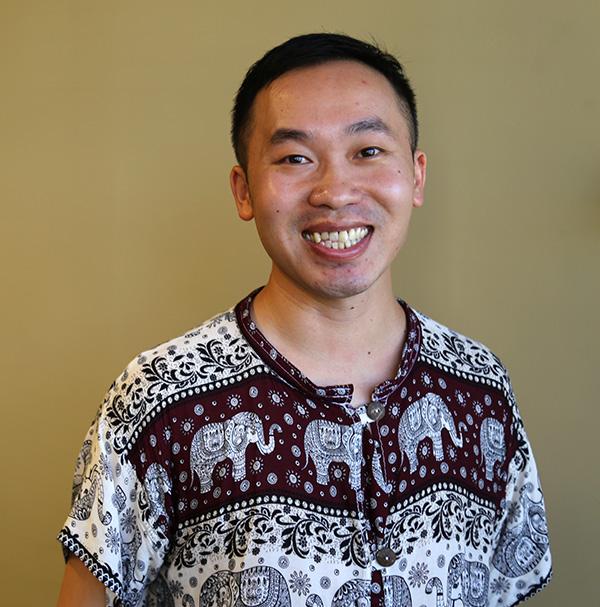 For Century College alum Ming Lee, teaching English to underprivileged youth in Laos helped him come full circle both personally and professionally.  His parents left their home country during the war years, and Ming never wanted to visit.

However, after two trips to Laos, and his Century College degree in Human Services, he fully understands the importance of the local-to-global connection, and now, he dreams of returning there to help the Hmong community.

Originally from California, Ming had worked in the banking industry for nearly a decade when he started his degree at Century College. His mother works in the Human Services field and felt it would be a good fit for Ming, as well.  Taking Human Services classes at Century College, he realized that everywhere in the world, people need social services.

His favorite Century class involved issues and current events with Human Services faculty Sheila Gunderson. "We were able to engage in conversation, talking about current events in the US and the world, so that everyone understands everyone else's perspective."

During his two years at the College, Ming was involved with a Service Learning project at the Hmong-American Partnership, working with immigrants and refugees. He also did an internship at the White Bear Area Emergency Food Shelf, and found the lessons learned dovetailed perfectly with his classes. Additionally, he did a second internship, working with a home-based healthcare partnership, in which he went into the Hmong community with nurses. Ming is fluent in both Hmong and English, and his language skills helped him serve the Hmong community with his service learning and his internships.

Making a Difference in the World

Ming offers this advice for prospective Human Services students: ""Find something you actually enjoy--find something you're passionate about. Human Services and the Service Learning projects and internships offer a great opportunity for you to understand what you want to do in the field." He adds, "You have to have a passion to help the community, and to help make the world a better place. It's hard work and it takes a lot of patience."

In the summers of 2018 and 2019, Ming visited Laos and began teaching and traveling through the country, which ignited his passion to help the Hmong community there. "My community there still needs a lot of support, especially in the area of mental health. there's a strong taboo against mental health issues."

Easy Transfer to a Four-Year University

In 2018, Ming transferred to Metropolitan State University, and will receive his four-year degree in Human Services in Spring 2020.  "Century College prepared me for the future," He says. "Transferring to metro was easy and efficient."

Ming loved his time at Century College, and says, "I believe that every student should start at a two-year college, especially Century College, because--all the professors--they've all been so helpful. From all the general courses that I've taken to the Human Services (courses) that I've taken--everybody has been so helpful...I feel like it's home. The teachers actually know your name, and understand you, where you're coming from, and what your background is. It's very diverse here."