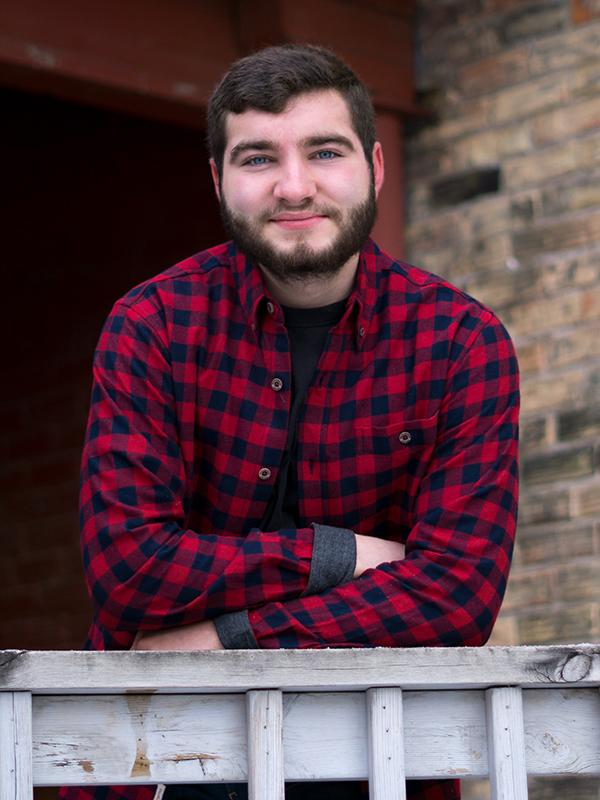 Century College Alum Mitch Heim loves creating and designing things on a computer, and seeing his designs come to life.  In high school, he was fascinated with robotics, and he dedicated long hours after class and on weekends to working on his creative projects. He planned to go into mechanical engineering, until he was steered toward aerospace engineering.

"What attracted me to this particular field was sitting on a computer and designing something--you are building, and bringing something new into the world," Mitch remembers.  He is passionate about using his skills to bring his designs to life.  Like his idol, Mike Patey, a small plane racer who designs and builds his own aircraft, Mitch's eventual career goal is to design small aircraft.

Mitch chose to attend Century College for two main reasons: the College is affordable and is close to home.  He planned to get his general education classes out of the way, without getting into debt, and then transfer. He has been able to leave, debt-free, working full-time as a security guard for Honeywell, and while going to school part time.  He has accomplished his goals, and will be attending the University of Minnesota, Twin Cities, in the fall, majoring in Aerospace Engineering.

He enjoyed the small class sizes at Century. "You could sit in class and know who you have around you.  I got to know my teachers, and they got to know me."

Attending college during a worldwide pandemic wasn't easy for anyone in higher education. Mitch initially lost some focus, but regained it and did well, becoming a member of Phi Theta Kappa, the honor society.  His favorite class was CSCI 1080, Intro to Programming.  "I loved seeing how things went together," Mitch says. "You start with a blank slate and it all comes together.  I could be as creative as I wanted."

Mitch was a member of Century's Engineering Club, which was invited to participate in the 2020-21 Minnesota Space Grant Consortium (MnSGC) Quadcopter Exploration-Flying Challenge.  Mitch and three other students created a team, and joined the Challenge, a project that he particularly enjoyed.

The team started in late December 2020, and quickly worked together to figure out what to do, and how to get it done. Mitch loved working on the team, completing individual as well as team goals, and the hard work paid off. The Century team placed 2nd overall in the competition, and 1st by popular vote for their promotional video.

Mitch is looking forward to new, creative challenges at the University of Minnesota, and beyond, as he continues to hone his skills and pursue his life and work goals.

He offers this advice to students who may be wondering about the value of a community college education:  "Century College is a good school where teachers care about your grades, and the advisors care about your personal life.  Start at Century, and you’ll save around $25,000, which is what I did.  Overall, Century College is the best choice you can make if you don’t know how you’ll afford college."