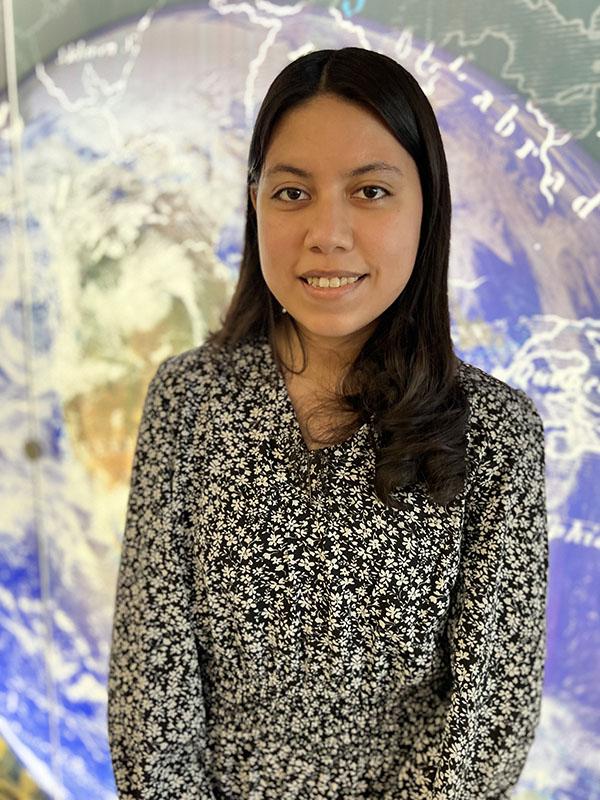 Prior to her high school graduation, Vanessa Pliego originally planned to attend a four-year university; however, her sister, Cindy, now a Century College Criminal Justice alum, recommended the College. "Century College was affordable, close to home, and class sizes are small," Vanessa says, "And those were the main factors in my decision to attend Century."

Thanks to both the Century College Foundation, and her membership in the international honors society, Phi Theta Kappa, Vanessa received a number of scholarships, making Century College even more affordable.

In her first year at Century,  Vanessa became involved in Student Life.  She and her sister were both members of the Movimiento Latino club, celebrating cultural events such as the Day of the Dead, as well as the various independence days of numerous Hispanic countries.  Additionally, Vanessa and other Club members attended a conference in Chicago, and met students from several different colleges around the US.  "It was a good experience, and I enjoyed meeting other Latino role models who were making a difference in their communities," Vanessa notes. "Involvement in Student Life activities is great for making important connections."

Vanessa soon joined Phi Theta Kappa, and found many professional and social benefits with membership, as well. "Advisors Rahul Kane and Chris Yahnke were warm and welcoming, " Vanessa remembers. "I felt included and welcomed in that community, and I built strong friendships, too.  There were many opportunities to strengthen leadership skills."  Vanessa especially enjoyed her experiences attending the different regional and national PTK  conferences while she was a Century College student.

One of Vanessa's best memories of PTK was helping to organize a panel discussion for high school girls, to help get them motivated and interested in Science Technology, Engineering and Math (STEM) careers.  "It was an important event because women are underrepresented in STEM careers," Vanessa notes, "And representation is so critical in these professions."

The Importance of Representation

Throughout Vanessa's childhood and school years, she didn't see a lot of representation of people of color in the teaching professions, either.  In college, she researched the issue thoroughly and fully realized how important representation is for all students, and especially those in communities of color.  She made a commitment to go into education, and make a difference.

"I can represent the Latino/Hispanic community by becoming a teacher of color, and motivate others to go into the field of education," Vanessa says.

Education as a Pathway to a Better Life

Like many first-generation students, Vanessa and her siblings were heavily influenced by their (single) mother, who emigrated to the US, after growing up in poverty in a small Mexican town.  Along with her strong immigrant work ethic, their mother emphasized the importance of getting a good education, and she has been a major source of support for her children.  Vanessa is grateful to have her mother's help, guidance, and encouragement in helping Vanessa achieve her dream of becoming a teacher.

"I give thanks to my mom. She has gone through a lot so that my siblings and I could have an education, and to have better opportunities to become successful in life, " Vanessa says. "In times when I wanted to give up, she was always there for me as a strong support. She has turned me into the person I am today, and I wouldn't have made it through without her help."

In 2018, Vanessa graduated from Century College with her Associates in Science in Education degree.  She then transferred to the University of Minnesota, Twin Cities, and graduated in 2021 with a Bachelor of Arts in Spanish Studies. She's currently working as a TA at Battle Creek Elementary School in St. Paul.

This summer, she will be working on getting her licensure at the University of Minnesota. She’s committed to staying in the Twin Cities, teaching in her community, and making a difference.

She's grateful for having chosen Century College as the starting point for her career. “Century College will save you money on your education," Vanessa says. "Also, I would recommend that new students get  involved with Student Life and especially PTK---because you’re in it for life, and there are so many benefits.  You can earn scholarships that help you transfer. And transferring to the University of Minnesota was so easy."