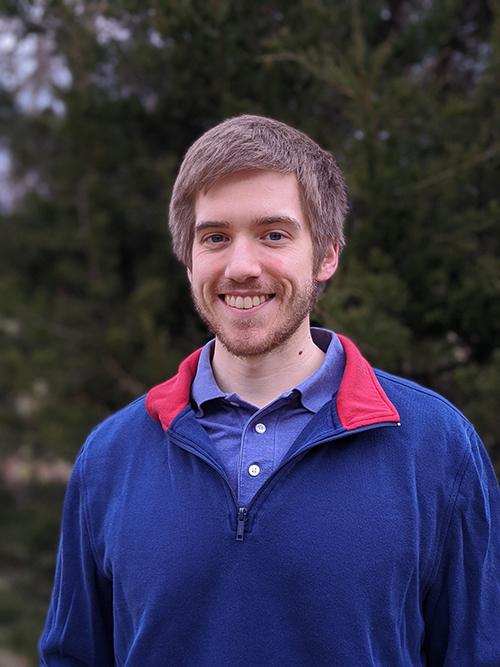 Century College alum Zach Gunelson is in the right place at the right time.  The 2018 Additive and Digital Manufacturing (ADM) grad is currently working for Jabil, an American company with a global reach and a strong additive manufacturing division.  Zach works as a New Product Development (NPD) Technician, focusing on filament printing.

"I discovered a passion for a career I love at Century College," Zach says.

Graduating with No Debt

After taking a couple of years off after high school, Zach attended Century because it was close to home, with affordable classes.  He planned to work and go to school at the same time, and graduate with no debt. "I knew that many students attended Century and transferred to other schools to complete their four-year degrees, and that was my plan. The only problem was, like many students, I was still undecided as to what I wanted to do," Zach remembers.

Zach had an interest in Computer Aided Design (CAD) and began working for an Engineering CAD Technology degree.  "I had a class called 'How to Make Almost Anything', where we had to use every tool in the Fab Lab to make a final project. That is where I was introduced to 3D printing and I was hooked. I quickly learned that there was a degree in Additive and Digital Manufacturing, and I decided to switch from Engineering CAD to ADM the next semester.  I later became part of the first group to graduate with that degree," Zach says.

"Teams played a big role with the ADM program. Almost every class had several team-based activities throughout the semester, " Zach says, "Being able to learn the communication and cooperation skills that need to happen to make a successful team really helps in real-life work situations. Every single day I am working on some sort of team-based project, and Century faculty taught me the fundamentals to build success within a group and as an individual."

Zach found that another key takeaway from the ADM program was project-based engineering. "We didn’t have a lot of small tests to see where our knowledge was at; instead, we had several big projects that visibly showed what we had learned. Whether this was 3D printing robot arms and programming them to perform a function, controlling a Kuka robot arm to cut a design out of foam, or programming a small robot to use different sensors to perform a task on an assembly line, it helped me gain the experience of working directly on a project and seeing immediate results, which transfer into my everyday work life," Zach says.

Zach is continuing to take engineering classes at Century College, and he plans to transfer to the University of North Dakota, which has an online engineering degree.  "Transfer is flawless," Zach says, "And I'll continue to work and take classes.  Right now, I love my job.  I get to go to work every day, print things up and work with cool materials.

Century College was an integral part of my career success.  I got a better understanding of additive manufacturing from the ADM degree. Going into it, all I understood was filament printing. When I was done, I had a hands-on knowledge of filament, binder jetting, and multijet and a deeper understanding of SLA, SLS, DMLS, and several other printing methods."

Find out more about Century College: