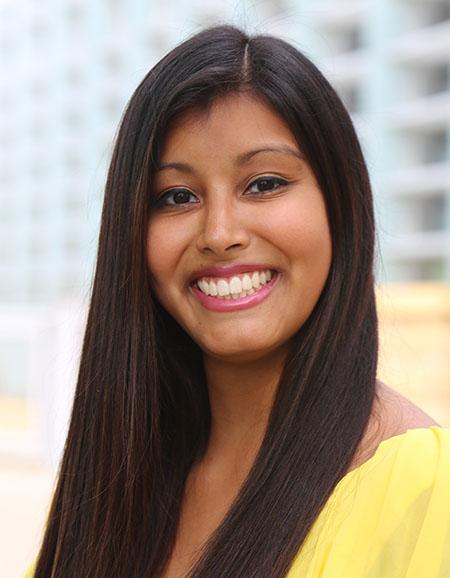 In January 2015, Century College alum Danica Whitney returned to Century to work on a path to her Bachelor's degree.  Working and attending school full time was a concern, but Danica found she had nothing to worry about. "Century College is an ideal environment. I do best with smaller classes and a lower student-to-professor ratio. All of my professors were extremely welcoming, outgoing, and helpful, which made me feel comfortable both in class and out." Danica said.

Danica found the Tutors Linked to Classes program was invaluable for a number of the courses that she took.  "I used to struggle with Math and after working closely with both my professors and tutors I am confident in the knowledge and skills that I have.  Additionally, I became  a TLC Tutor for a math class to help others."

"I feel that my experiences at Century influenced me in positive ways," Danica noted. "Not only did my professors and tutors help me to create, learn, understand, and utilize the tools for success, they encouraged me to constantly push for more and surprise myself with what I can do. They were always happy to help me celebrate my successes and overcome challenges."

Danica excelled both inside and outside the classroom, and received the 2016-2017 Outstanding Student Award in Business Administration. "I was also surprised and happy when my Public Speaking class voted my Advocacy Speech the winning speech in the class and helped me support the non-profit company I was presenting on with a monetary donation. Due to all the support I received,  I was on the Dean’s list for multiple semesters and my GPA increased from a 3.45 to a 3.66 out of 4.0 within 2 years."

"I have a very busy year and a half ahead of me, but I'm looking forward to the challenge. What helped me more than anything else to accomplish being able to graduate simultaneously from both institutions is how well Century prepared me and set me up for success. I went into Metro State with approximately half of my Bachelor's completed already simply due to the number, amount, and type of classes I was able to take here that transferred over seamlessly," Danica says. "I am extremely sad to be leaving Century yet again, I have made many close friends here and Century has come to feel like a second home to me."