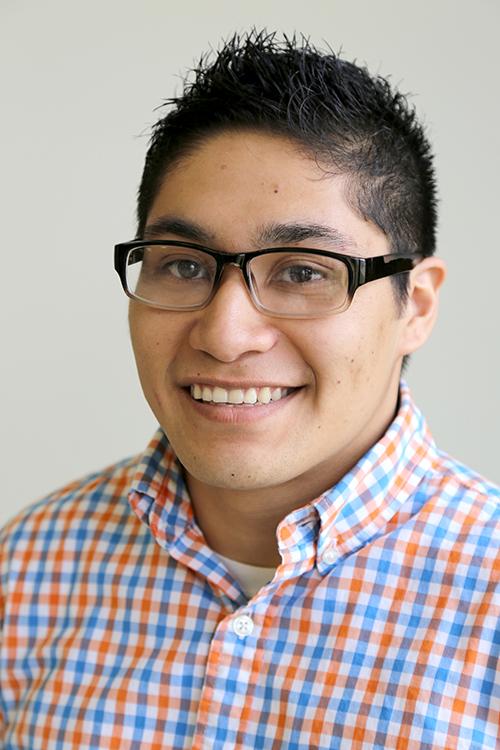 Eliud Garcia, a current Century College Law Enforcement student, is a natural leader.  For the last two years he has volunteered at Century College's Multicultural Center, and was recently hired to work in the Admissions department, serving as a campus tour guide for prospective students, helping both prospective English and Spanish-speaking students (and their parents) to understand campus life.

While attending college, he has also been training with the Chisago County Sheriff's Reserves, and looks forward to the day when he is a full-fledged police officer.  "I get my energy from the community and being a part of it."

While attending Century College, Eliud has also found a sense of community with his fellow students and his instructors.  He particularly enjoyed his Intercultural Communications classes, and made a lot of friends, noting that learning about other cultures builds relationships.

Not one to let barriers stand in his way, Eliud credits those who helped open doors for him, including Yessica Santana, Latino Student Services Coordinator, who assisted both him and his sister through the admissions process.  In addition, his Reading instructor, Scott Gregg, helped him strengthen his skills and prepare him for college-level classes.  "He has a passion for students; he likes to help them succeed."

Another factor that helped: Century College's affordable tuition rate. "That really helped me make the decision to go to Century."

Eliud's future plans include giving back.  "Being a police officer, I would be protecting my community and serving them.  Having a Hispanic police officer would open a lot of doors.  I want to build on that trust."