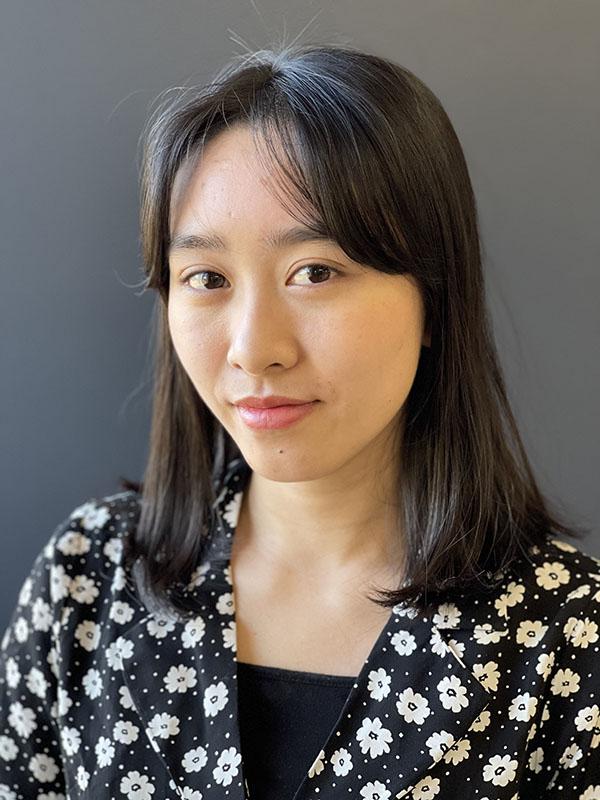 When Nhu Nguyen was studying English at a university in Viet Nam, she knew she also wanted to study abroad.  Her sister and friends had recommended Century College, so Nhu did her research, liked what she discovered about the College, and made attending Century her priority.

Nhu then took the brave step in coming to the US on her own, having no relatives living nearby to help her with her adjustment to life in the United States when she arrived in July, 2019.  During her first year at Century, she focused primarily on her studies, earned excellent grades, and stayed well within her comfort zone.

"International Student Services staff helped me a lot, especially when it came to getting things like a driver's license," Nhu remembers, "Century College staff are nice and friendly and they have treated me like a member of the family."

During Nhu's second year at Century, she made the decision to get involved with Student Life activities, which changed life for the better. Ironically, just as the Covid 19 pandemic hit, Nhu's social life began to pick up.  After becoming a Director of Events on Century Student Senate and a co-chair on Planning Activities Committee (PAC), her life went to another level. She became more active, did more networking, made many new friends, and started to overcome her shyness, despite the restrictions caused by the pandemic.  “Activities and clubs build leadership skills and confidence," Nhu observes.

In addition, after Nhu completed her ESOL program, instructor Alicia Andre asked her to be a tutor in ESOL classes.  Nhu was also asked to be a tutor in instructor Yanmei Jiang's English Composition I and II classes.  Though Nhu's schedule is tight, she enjoys teaching and working with students, helping them learn how to write in an academic style.   She's thrilled when she sees her students making progress.  In particular, she's excited that one of her favorite students, an older adult learner who has overcome many barriers, is producing good papers.  "I'm so proud of her," Nhu says.

Nhu never envisioned her life would go in this unexpected direction--teaching native English speakers to become better writers.  As someone who is fluent in two languages, Nhu understands the challenges for students who are learning about grammar and writing.  "I do understand that it's not easy--I've had a hard time, too, "Nhu says. "And I've found that being persistent and trying to continually improve is the key."

At Century College, Nhu discovered another experience which has helped her overcome her initial shyness and enabled her to become a better leader and listener--working at the Century College bookstore.  "Speaking on the phone, problem-solving, and working with customers has also been great training, for leadership and life."

Nhu's original plan was to start her own business after college.  She is majoring in Business Administration, and would love to own her own bakery.  Back in Viet Nam, her mother owns a grocery store, and Nhu grew up watching her mother run a successful business. Now, following her experiences in tutoring, she plans to continue her higher education, with the goal of becoming a Business professor.  And she may one day own her bakery, as well.  Nhu is open to new avenues, thanks to her experiences at Century College.

For those who may be considering Century College, Nhu offers this advice, "Get out of your comfort zone and try everything that appeals to you.  Don't be afraid. Ask others for help.  Getting involved is good for your future, and your career as well."