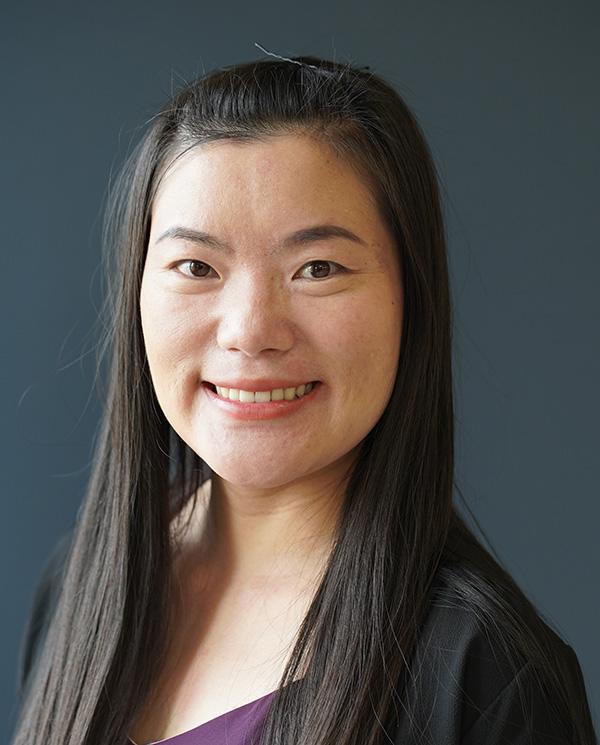 "If you focus, you can achieve whatever you want. Have your goals--whether difficult or hard," advises Century College student Shouayeng Vang.  Shouayeng is a strong believer in the power of positive thinking, and she takes action to achieve all her goals.

"I can handle it all," she enthuses. "I have 24 hours, seven days a week, and I can finish many things in one day."

A Passion for Learning Combined with Strong Work Ethic

Originally from Laos, Shouayeng arrived in the United States nine years ago.  She soon enrolled at the Harmony Learning Center, Maplewood, and quickly learned English.  Shouayeng eventually transferred to the Roseville Adult Learning Center, where she also earned her GED in 2021.

During that time, Shouayeng and her husband, Sanxenkau, also started their family.  They are the parents of six children, five girls and a boy, ranging in age from five months to seven years old.  "I have a fantastic husband who is very supportive and helps with our children, so that I can focus on school   I want to be a good mother and role model for my children!"

"Hailie Pelka, Admissions representative, visited us at the Roseville class, and she told us about Century College.  I contacted her for help, and she gave me an advisor (Christine McLaughlin). Finally, I am here at Century College!" Shouayeng remembers.

"When I started at Century College, I took classes, in English for Speakers of Other Languages (ESOL), and worked with Alicia Andre, Adam Rambow, and Garett Smith. They were so helpful."

Century College faculty member Yanmei Jiang marvels at Shouayeng’s dedication to learning.  "I'm so impressed with Shouayeng," she says. "It's amazing for someone to come so far in nine years.  Between children, work, and school, she's made incredible progress.  After going through the struggle of learning English as a second language, Shouayeng has also mastered academic English--which is another language.

"Any suggestions I make to her are accepted with a positive attitude.  She enjoys learning so much, her eyes light up when she's learning something new."

A first-generation college student, Shouayeng is now in in her second semester at Century College.  She's currently taking her General Education courses and is planning to go into Nursing, and become an RN. "I love helping people," Shouayeng says. "At work we have meetings, and we learn new things all the time. I love it."  She's working as a CNA at Waters of Oakdale, a senior living facility.

Shouayeng is so committed to her education, she only missed one day of school following the birth of her baby boy last fall.  She is unstoppable in her dedication to her family, her education, and her work.

Shouayeng plans to transfer to Metro State University.  "I love Minnesota, and we plan to stay in the Twin Cities.  There’s lots of opportunities for jobs and education, "Shouayeng says. "I want a good life and education for my six kids.

"I love Century College because I am not lonely here. There are many other students from other countries, and we are not alone. I had a tutor and advisors, and am getting a lot of support here   Century College is just like my family."