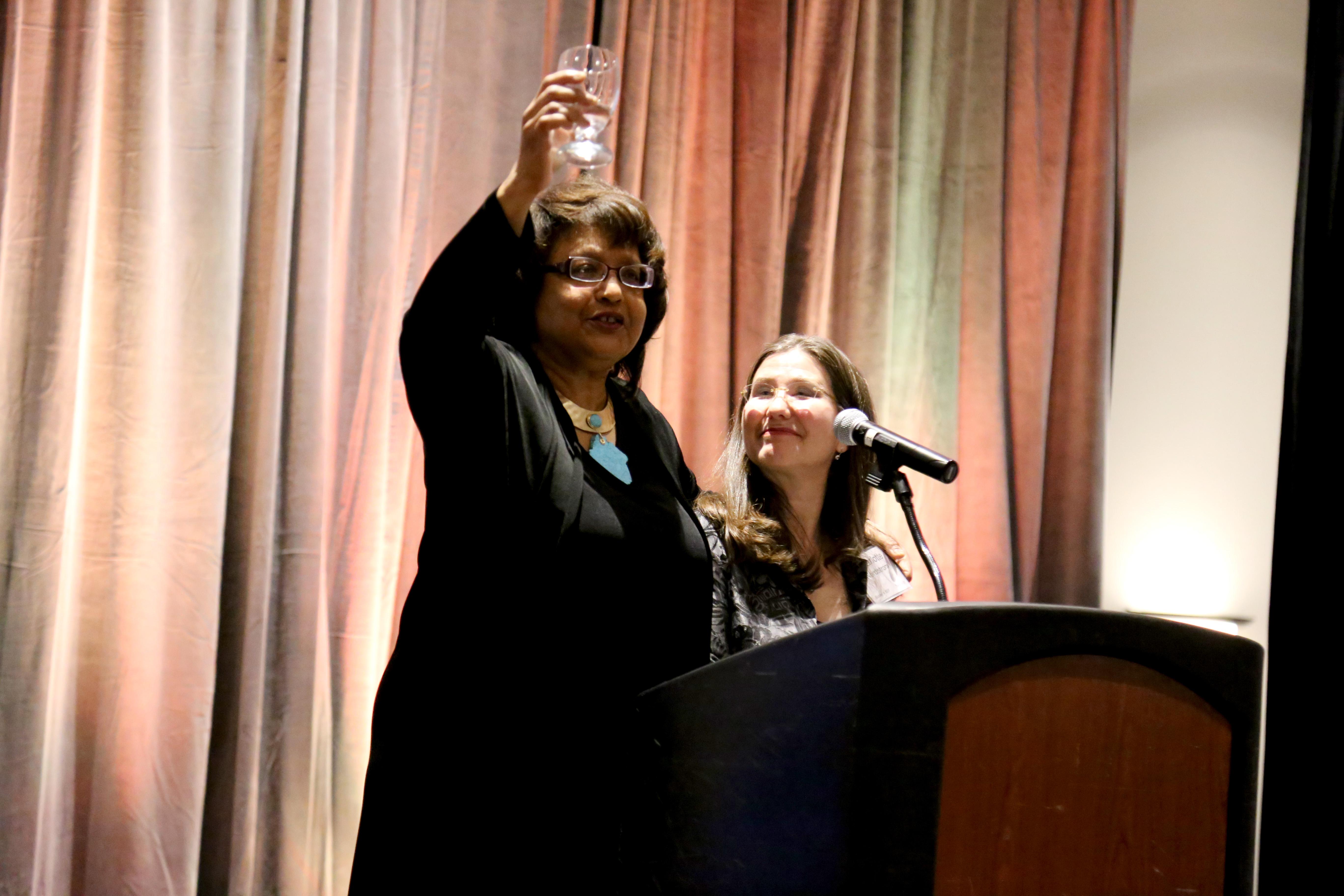 Throughout the year, a variety of exciting events were held, culminating in Century College’s “Transforming Lives for 50 Years” Gala on April 19, which raised over $100,000 for the Century College Foundation.

Growing from a brick schoolhouse with 503 local students to an institution of over 21,000 students from all across the world doesn’t happen without the help of some incredible people. In order to honor the people who contributed to making Century College great, the College launched two exciting projects throughout the year-- 50 Stories for 50 Years and 50th Anniversary Voices which was executed by Century College students.

“The building may be bricks and mortar,” said Jill Greenhalgh, Executive Director of the Century College Foundation. “But Century College was built through the hard work and dedication of faculty and staff – and the lives of the students they transformed.”

Century College recounted stories from significant figures of years past, such as former Century College President Larry Litecky, who oversaw a period of tremendous growth in the 2000s, and Minnesota State Representative Peter Fischer who, as a Century College student in 1979 helped lead a student government protest of the community college faculty strike at the state capitol – even getting the attention of Vice President Walter Mondale.

The stories also focused on the lives Century College has helped transform, including ’02 graduate and Olympian Jason Hedstrand, as well as current student Sara Romanoski, who transitioned from nursing once she discovered her passion for writing at Century College. She will start a two-month intensive journalism program at CUNY in New York this summer – which accepts only 20 people worldwide.

Century College’s 50th year celebration was not only about revisiting the past – it was also about appreciating what Century College is today. As one of the largest two-year colleges in Minnesota, offering over 100 degrees, diplomas, and certificates, there was a lot to celebrate.

Notably, it was a great opportunity to showcase the wide range of programs Century College offers, and the academic excellence of the College as a whole.

Throughout the year, a number of academic showcases offered participants an opportunity to explore a wide variety of career options and services that are available to Century College students and the community, in general.

The Academic Pathway series featured the Health Science Showcase, the STEM showcase, the “Workforce of Tomorrow” Showcase, and the Liberal Arts Showcase. In addition, the “Talent of the ½ Century” community event featured over 40 performers, including students, alumni, College faculty and staff and community members.

It was also a year for Century College to create new connections for students within the community. This was achieved in part through the Continuing Education & Customized Training Business Leaders Luncheon, which focused on building new business partnerships.

According to Ling Becker, Executive Director of the Vadnais Heights Economic Development Corporation, businesses in the community are more than happy to partner with Century College.

“Century College has been critical for the community,” said Becker, who is also a Century College Foundation board member. “There’s a current and impending workforce shortage all throughout the state of Minnesota. The more we can add skilled and trained workers to the community, the more successful our businesses will be.”

The purpose of the 50th anniversary celebration was to honor our past, recognize our present, and perhaps, most importantly, set the stage for a bright and promising future at Century College--and it seems to have done just that.

In addition, the 50th Anniversary marked the beginning of a renewed focus on developing and sharing the tremendous value that Century College offers to the vibrant communities in which the College serves. It has revitalized and reenergized community and business partnerships, as well as created new partnerships. It has raised the awareness of the high-quality academic programs that Century College offers, and it has solidified the importance of Century College to the future of our communities, region and state.

“The past 50 years here at Century College have been a tremendous success,” said President Angelia Millender. “I am confident the future will be even brighter.”